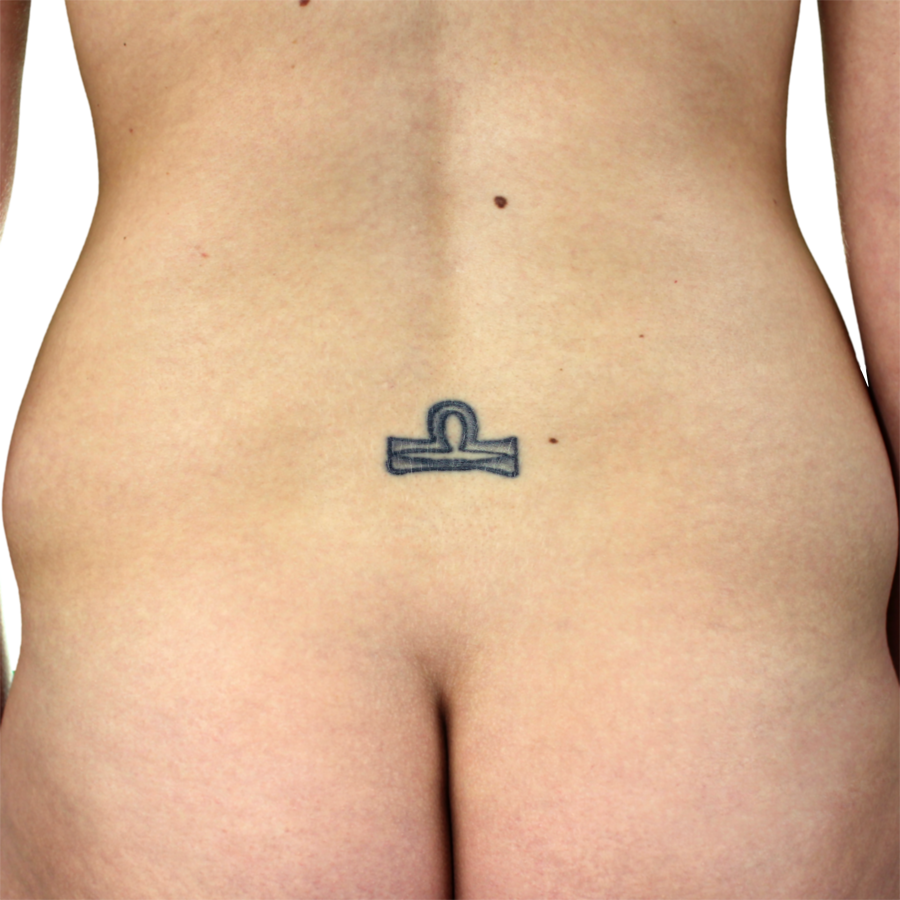 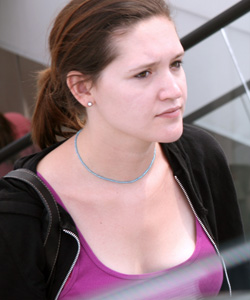 CM's shoot was my first outdoor shoot, and also my first shoot that included an interview, portions of which are excerpted below.  I actually have brought her back to shoot a second short batch with her because I've learned so much (and continue to do so) about the process and about what makes the project work, so some of the images you'll see below are from the newer set.

I did the original set long before I'd had enough experience with the project to know that suits and underwear weren't going to work for the shoots for reasons that would become obvious.  At risk of sounding redundant, with the wide variety in body types, tattoo placement and underwear/bikini cuts, it proved to be impossible to go with the safe-and-shy-photographer route.

BRANDED: Is there a story behind getting your tattoo?

BRANDED: Yeah, you know, was this something you were like going out like and I wanted for a long time or--

CM: Well, I wanted to get a tattoo.

BRANDED: Did you join the Navy and just decide to get a tattoo? Or you know, what's the story?

CM: Yeah, yeah. I was a sailor maid, and then-- I wanted a tattoo for a while. That's the only thing that stuck, that was me. I didn't want to get some stupid little frilly heart or flower because that's what all girls get.

BRANDED: How do you feel about the phrase tramp stamp?

CM: I think it's humorous, but I don't think of it in that way.

BRANDED: Did you know the phrase when you'd gotten the tattoo?