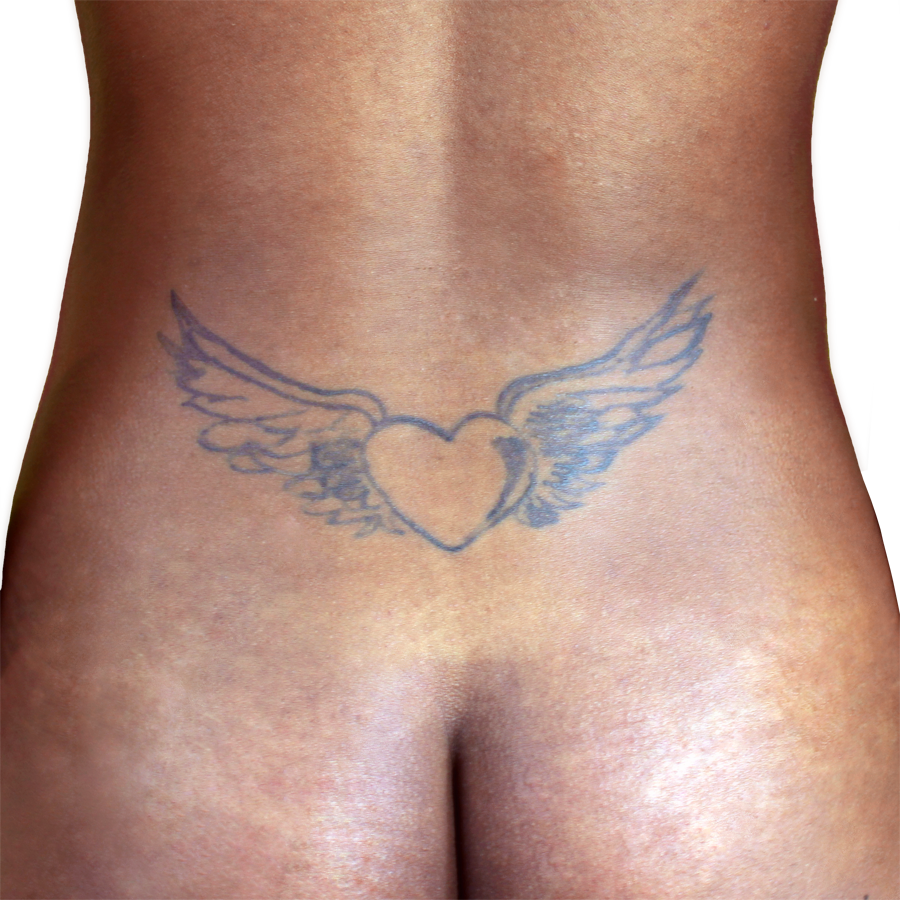 PJ was my first stranger, and by the time she walked in the door, I really thought I was ready.  In what would become a bit of a broken-record feeling over the next few shoots, I found myself spectacularly unprepared in reality.  Sometimes it was lack of prep time, sometimes it was overconfidence, this time it was exhaustion and lack of focus.

PJ was very patient with me and we ended up getting a few good shots of what was definitely the most elaborate tattoo in the project to date.

BRANDED: So a while. All right. And where did you get your tattoo done?

SUBJECT: I got it done in Rialto at someone’s house.

BRANDED: Wow! Somebody has like their own tattoo gear, and you got it done. Nice. Was it something you just decided like, “Hey, I’m gonna do this”? How did you decide to do it at somebody’s house? Was it a spur of the moment thing? Was it something you planned for a long time?

SUBJECT: I knew I wanted a tattoo, and I wanted it somewhere I could hide from my parents. So my lower back, I was like, “Oh, OK. Well my parents won’t see that.” And it was kind of spur of the moment because I wasn’t expecting to get it done right then at someone’s house.

BRANDED: Did you know the phrase “tramp stamp” before you got the tattoo?

SUBJECT: No, I didn’t know what that was.

BRANDED: Who was the first person that said that to you?

SUBJECT: Gosh, I don’t even remember. I think it was one of my friends. Like I showed them, and they were like, ‘Oh, you got a “tramp stamp.”’ And I was like, “What? What‘s that mean?”

BRANDED: And how did you feel when you first heard it?

SUBJECT: I just thought like, “Oh, gosh. I should have got it in a different place.”