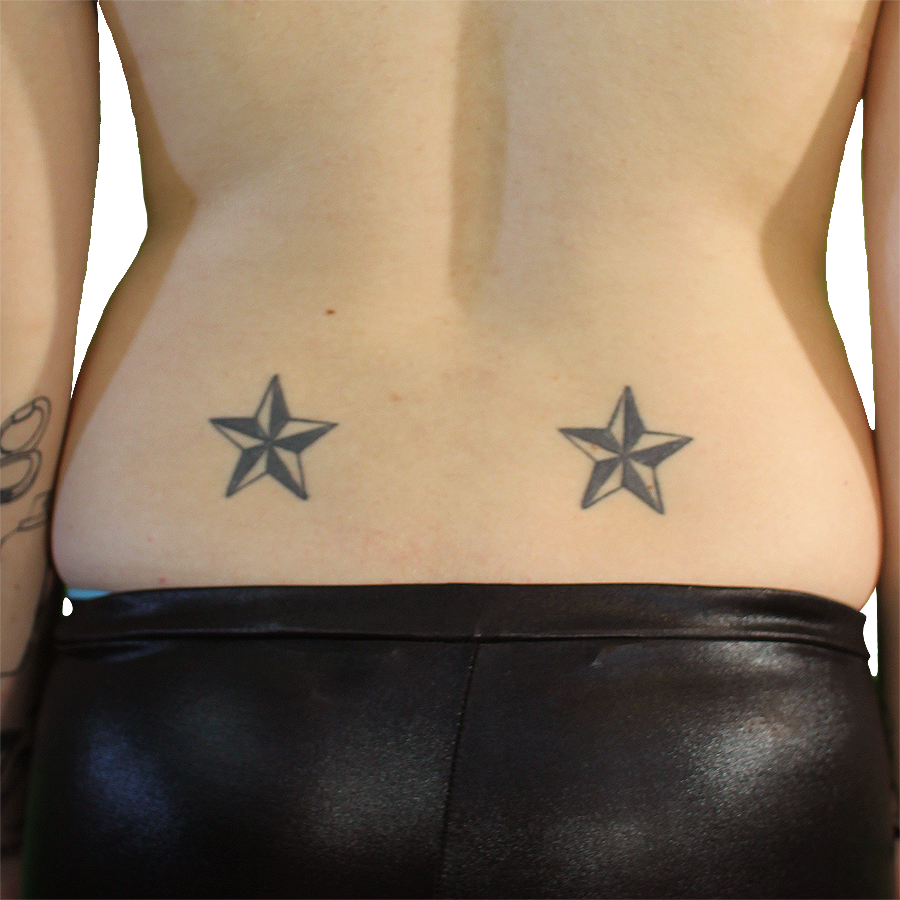 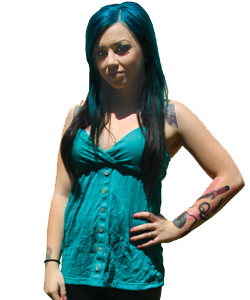 After doing a shoot with a girl whose tattoo was way off to the side of her back (unbeknownst to me before the shoot began - I wasn't inquisitive enough, it would seem), LL came into the studio from Vegas.  She was the first person in the project with a lot of tattoos, her lower-back ink was just the tip of the iceberg.

Towards the end of August, one of the people I'd contacted on MM came into the studio.  It was serendipitous because she was from out of town and was just passing through on other business, and I happened to notice that detail of her striking portfolio and happened to be in town at the same time.  Most years that wouldn't be a big deal, but 2010 has been anything but normal in just about every respect.

BRANDED: Did that have a specific meaning for you? Did you choose it before you went, like I want this for this reason?

SUBJECT: I thought about what I wanted for a long time, and then I kind of decided last minute that I wanted the nautical stars because pretty much he has them on the back of his arm. I was like oh, that'd be cool. It was kind of a stupid decision but that's okay.

BRANDED: Did you take a design in with you to be done? Or did you...?

SUBJECT: No, I just called up my mom's artist and I said I want two nautical stars on my lower back, and I told him generally what size I wanted.

BRANDED: Okay, so you told [your mom] earlier you "I'm going to get a tattoo."  Was there ever a time where she said "No, I don't want you to get a tattoo?"

SUBJECT: Yeah, she told me no for a couple years obviously because I was too young. Then she told me I had to hide it from my dad.

BRANDED: Okay, and did that work?

SUBJECT: For about six months, then I just showed him.

BRANDED: Was he mad?

SUBJECT: yeah, he was pretty pissed.