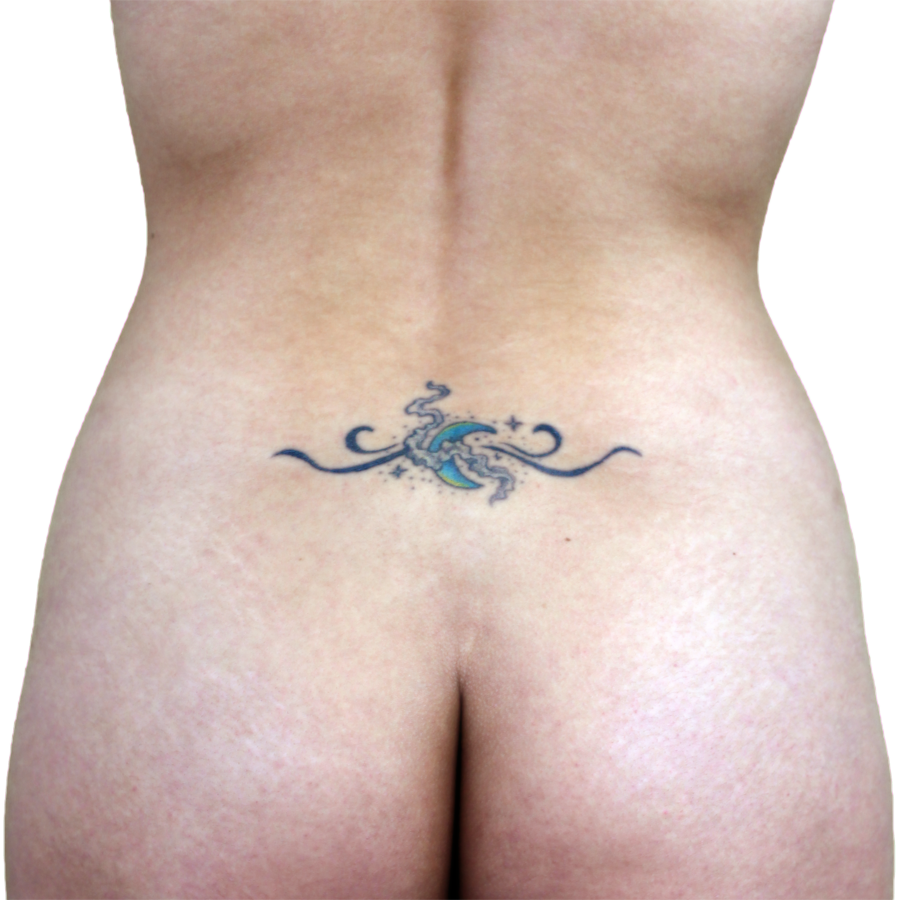 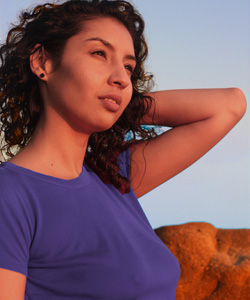 With CR what I feel like I had gotten my most complete photo set to date - it was great.  We hit it off creatively right away and she really got the vibe of what I'm trying to do with the project.  After shooting in the studio, we lit out in a rush for the northern beaches, trying to beat the sun, and as you can see, we made it.  Barely.

The effort was worth it, though, because "magic hour," as it's known in film and TV circles, is a great time to shoot.

These shots are only a snippet of what we got, but I think it's representative of how great they came out, both from the studio and from the beach.

CR: I have a moon and a star, and it’s sort of… it was based on a galaxy, a very tiny galaxy.

BRANDED: It’s based on a real very tiny galaxy?

CR: No, no. It was just a made-up thing that the tattoo artist sort of started sprinkling upon and started talking. I’m like okay, whatever, that’s cool.

BRANDED: Have you heard the phrase tramp stamp?

BRANDED: How do you feel about it?

CR: Yeah, the first time. Someone noticed. This guy goes oh, you have a tramp stamp! I’m like what are you talking about? He goes yeah! I’m like oh, okay. What are you trying to say?

BRANDED: Did he answer that question?

CR: He was just like oh, it’s something from a movie. Blah, blah, blah.