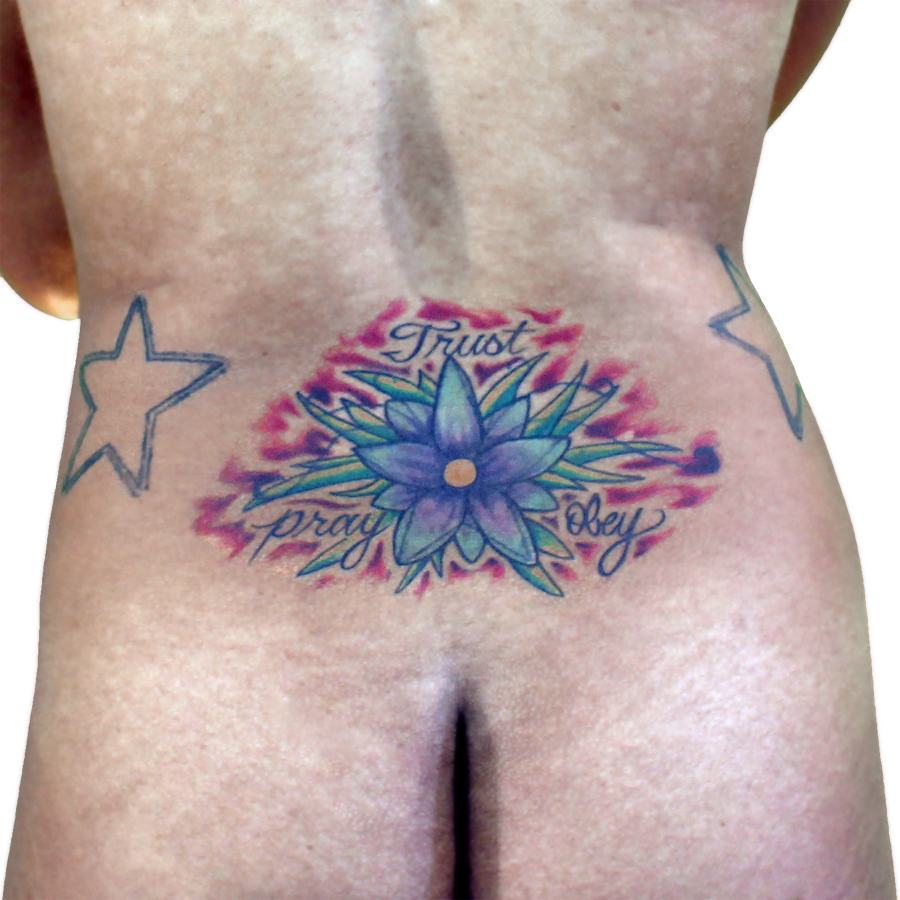 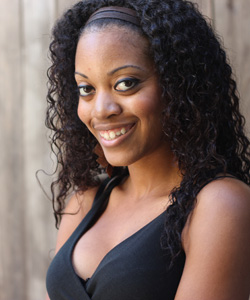 CC was my first model of 2012.  She came by in early January after I'd struck out in Vegas with a couple of unfortunately-flakey girls.  We set the perfect tone for the year with a successful shoot, easy, fast, great talk at the beginning, you name it.

You can tell from the pictures here that we had a great session, and went through the shot list quickly, giving CC and her friend plenty of time to get out to the beach from my studio in the Cahuenga Pass.

BRANDED: OK, and was the lower back tattoo designed to cover part of that up?

CC: Yeah. The lower back tattoo was designed to cover up a part that was from the first tattoo.

BRANDED: OK, and what's the lower back tattoo of?

CC: It's actually of a flower and then it has the words "obey," "pray," "trust" mixed into it, and there's like red accent around it.

BRANDED: OK. All right, and besides covering what you had before, what was the impetus for the tattoo? What's the meaning of the design?

BRANDED: Like a mantra, something that you say or you believe in?

BRANDED: Are you thinking about getting any more tattoos?

CC: I kind of regret these ones.

BRANDED:  Why, do you think?